In May 2021, the Algerian authorities arrested Kenza Khattou, a reporter and presenter for the independent Radio M and member of The Marie Colvin Journalists’ Network, while covering the public protests, known as the Hirak Movement, that started in 2019 demanding political reforms.

She spent four days in prison and faced several charges, including “undermining national unity” which carries a maximum sentence of 10 years in prison.

This was a dark moment for Kenza. She wanted to resign from the station, but the editors persuaded her to stay. Her membership with The Marie Colvin Journalists’ Network helped restore her confidence and now she is no longer afraid of writing about the political situation in Algeria.

Kenza was acquitted of all charges in December 2021.

I began my career in 2014 with a local newspaper, then I moved to online media in 2017 and worked with several platforms. When the public protests, the Hirak, began, I moved to Radio M and I still work with them as a reporter and programme presenter.

Radio M is an independent station and supports the Hirak, unlike other media outlets that act as mouthpieces for the government. Radio M bothers the authorities because it hosts members of the opposition on its programmes and covers the Hirak objectively. The owner of the station, Ihsan Al Qadi, is also under judicial surveillance because the former Minister of Communications filed a complaint against him.

Over the last two years, we have endured unprecedented restrictions. Several reporters were sent to jail

How did the Hirak affect public freedoms, especially freedom of the press?

The Algerian media was always known to side with the stronger party. Although Algeria enjoyed political and media plurality in the 1980s, even the independent newspapers sought to support whoever was dominant at the time. For example, when the security apparatus was at the height of power, the media supported them. Then they sided with the late president Abdul Aziz Bouteflika, and then they supported the oligarchs and businessmen.

When the Hirak began in February 2019, there were more freedoms, especially in the beginning when things were still vague on the political scene. But once the army regained control, the media bounced back and sided with the authorities. Over the last two years, we have endured unprecedented restrictions. Several reporters were sent to jail and some platforms were closed down and their owners have been imprisoned. This isn’t just limited to coverage of the Hirak, the authorities even cracked down on a newspaper simply for criticising the government’s handling of the Corona pandemic. 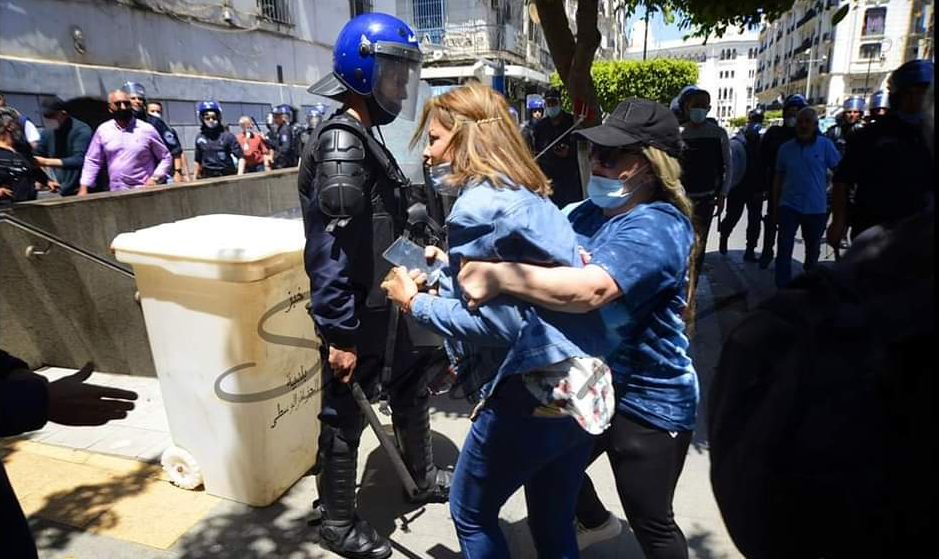 Were you targeted before your arrest in May 2021?

There was a lot of cyberbullying on social media. Many journalists were accused of treason and their reputations were tarnished, including myself. Once, I got beaten up by an unknown group while covering a demonstration, and the police refused to investigate what happened. On the eve of the presidential elections on Dec 11th 2019, I was covering a demonstration with some colleagues when a group of policemen started hitting and cursing me for no reason.

I still face cyberbullying to this day, either because of my journalism or my human rights activism. They accuse me of harbouring foreign agendas to destabilise the country, and claim that I belong to “the Party of France”, as in France that colonised Algeria. This really bothers me and hurts me. Someone even faked a photo where they added me next to the director of the Israeli intelligence, the Mossad, and claimed that I work for them.

I still face cyberbullying . They accuse me of harbouring foreign agendas to destabilise the country, and claim that I belong to “the Party of France”

Prior to that day, severe restrictions were imposed on the Hirak, and Friday marches were banned without prior permits from the security. That day, I went out to the streets to see if there were any demonstrations, and the atmosphere was very tense. The police were arresting people en masse. As I was filming on my mobile phone, a female officer in civilian clothing approached me and told me to hand over my phone but I refused. Suddenly, a large group of policemen jumped in and arrested me. They even grabbed me from the back so I couldn’t see who was dragging me.

I was taken to a police station with other colleagues, and they said I would be released in a few hours. But that didn’t happen. I found out later on that they released every one except for me, and I stayed in jail for four days. They didn’t interrogate me or explain the reasons why I was arrested. They asked me to open my phone so they could view its contents but I refused. They wouldn’t allow my family to visit me, but then relented because of the massive solidarity campaign launched by colleagues for me.

The conditions I endured were extremely cruel, and every time I remember them I feel re-traumatised. They caused huge emotional damage to me.

When I finally appeared before the prosecution, they only asked about my posts on social media although I was arrested while doing my job in the field. Then I was charged with four counts; incitement to unarmed gatherings, undermining national unity, sharing posts that undermine national interest, and insulting an official body. These charges are according to the Penal Code, but I should have been put on trial according to media law.

My trial took place the following week. In one session only, I was found guilty of incitement to hold unarmed gatherings and sharing posts that undermine national interest. I was given a suspended sentence of three months in prison and a fine of 200,000 Algerian Dinars ($1,400). 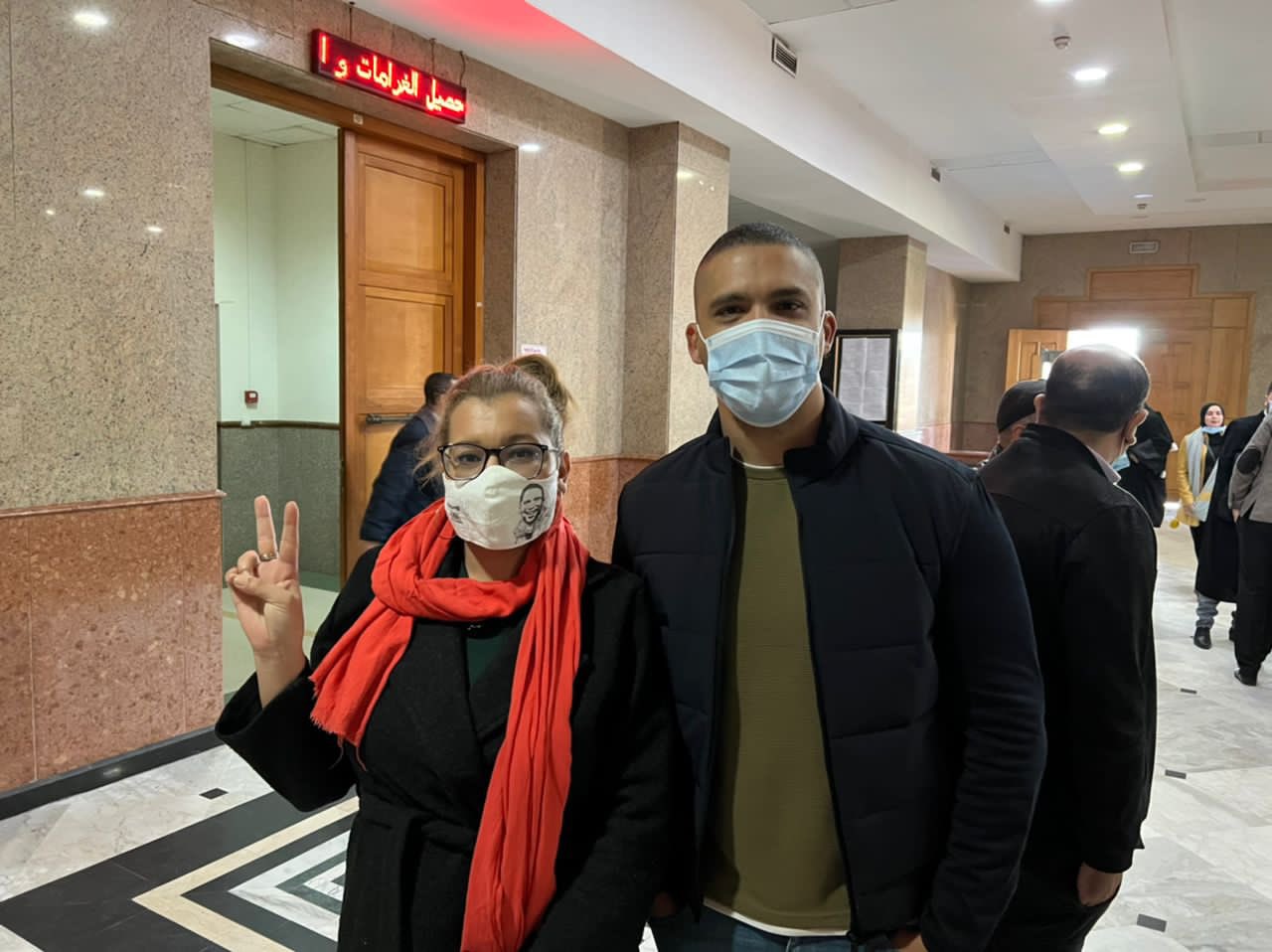 How did you feel at the time?

I felt oppressed and the emotional toll was really heavy, not just because of the sentence but also because of the conditions in which I was detained. I felt unable to continue my work and I submitted my resignation but the editors rejected it.

I can’t deny that what happened to me made me scared. I almost gave up on a profession that I deeply love because I was afraid I would be put on trial again or sent back to that dark place in prison. But the editors in Radio M stood by me and my colleagues organised a massive solidarity campaign. Thanks to them, I was able to regain my self-confidence.

I appealed the verdict, and so did the prosecution which wanted me indicted on all charges. In December 2021, I won the appeal in a court session that barely lasted ten minutes.

To this day, I don’t know what evidence the prosecution had against me. Their file was practically empty. All they had were copies of posts that I published on Facebook.

The conditions I endured were extremely cruel, and every time I remember them I feel re-traumatised

You joined The Marie Colvin Journalists’ Network in the summer of 2021, a few months before the appeal. And you once said that thanks to your membership with MCJN, you are no longer afraid to write about the political situation in Algeria. How so?

When I joined the network and saw the names of other members from different Arab countries facing the same restrictions and oppression, I realised that I wasn’t alone. Ever since I joined the network, I received a lot of advice thanks to the mentors, and now I am certain that if I ever face another problem in the future, I can turn to The Marie Colvin Journalists’ Network. The support it offers, whether through the members or mentors or experts, has helped me regain my self-confidence. This support is very important to any journalist facing similar threats in any other Arab country.

Has anything changed in your life and work after the trial?

I can say that my work is now back to normal, but I have become better known to the public because of my arrest. So I feel there’s a greater responsibility now to deliver information and report the news with integrity.

I receive messages of support every day. After I was released, one of our listeners came to the station and brought a large cake to celebrate. Another Algerian listener living abroad sent a letter of support and urged me to keep bringing the people’s voice to the authorities. More people recognise me when I walk in the street and encourage me to keep going.

Is there anything that can be learned from what happened to you? And do you have any advice to a journalist facing similar pressures now?

I don’t think there are any lessons from this experience, but it made me more determined to pursue my career as a journalist despite everything. I would tell all female journalists that fear is a natural feeling but we must be brave and responsible. So long as we work with transparency and integrity, history will judge us fairly