Amal Habbani has dedicated her life to reform in Sudan since becoming a journalist in 2008. She helped establish organisations such as the Sudanese Journalists’ Network, and the “No to the Oppression of Women” initiative. As a freelance contributor for the Sudanese independent newspaper Al-Taghyir, Amal wrote  extensively about government corruption and violations of human rights. She was arrested by the Sudanese authorities at least 15 times. But she resisted the idea of leaving Sudan until 2018, when she was arrested for covering nationwide demonstrations over rising living costs. Amal was tortured during thirty-four days of imprisonment. It was then that she realised that remaining in the country was no longer a safe option.

She currently lives in Ottawa, Canada, with her three children.

I suffered many health problems because of  the torture I endured during my arrest. I also discovered that I was pregnant, and so I had to think of the repercussions for my children if I stayed in Sudan. The last arrest was the most difficult because the authorities took the addresses of my sons’ schools and threatened to target them. The eldest, Abdul Azim, was in his teens, and the youngest, Hafez, was twelve, and I was very afraid for their safety. I realised then that a confrontation with the authorities had become increasingly difficult and the consequences for my family would be worse. But the decision to emigrate was very difficult for me.

I was too scared to go out and I felt dazed when walking around.

At the time, I had received a grant from Reporters Without Borders for a three-month residency in Berlin. I had also received an award from the Committee to Protect Journalists and had planned to travel to New York for the ceremony. I was afraid of travelling through Khartoum airport because the authorities had previously banned me from travelling. So I secretly planned my travel and no one knew except my immediate family.

When I arrived in Germany, I didn’t feel that I could settle down there and I felt unwelcome. I also didn’t want to take advantage of my upcoming visit to New York to seek asylum there. I was afraid that by doing so, I would ruin future chances for other Sudanese journalists to receive this award.

At the time, Canadian Prime Minister Justin Trudeau was welcoming refugees, contrary to then-US President Donald Trump, who wanted to close the door to all immigration. So a week after receiving my award in New York, I decided to go to Canada where I applied for asylum.

I am currently waiting for my permanent residency, and then I should be able to bring my husband, who is still in Sudan.

How did you adjust to your new life in Canada?

I cannot describe how difficult that time was for me. I was absolutely devastated when I left home. Sudan to me is a life-long cause, so when I found myself in Canada, in the middle of winter and heavy snow, I was in shock.

At first, we stayed in a refugee centre - they call it a “hotel” - for about five months, and I gave birth to my baby girl in that room. Despite the great care I received, I felt as if my brain was blocked. I was too scared to go out and I felt dazed when walking around. So I spent most of my time in my room, and my eldest son had to do the shopping for our basic necessities.

The worst thing for me was watching news of the Sudanese revolution against former President Omar al-Bashir at the end of 2018. I had spent over ten years working and dreaming of a revolution and change in Sudan, only for it to take place as soon as I left the country and was about to lose hope. 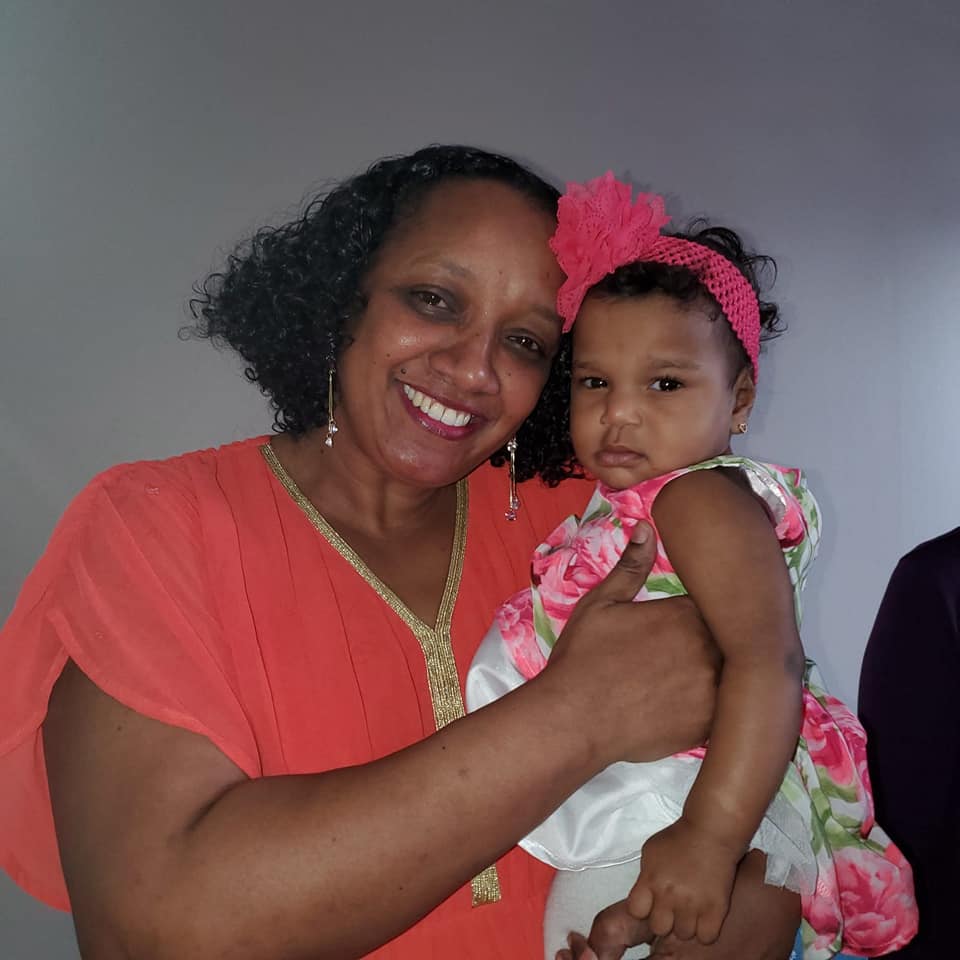 For a while I considered returning to Sudan because I felt guilty, but I realised that wasn’t possible. I had already gone through the process of seeking asylum, and there was no return, especially because I was still afraid for my children’s safety. The security situation in Sudan had worsened, and I would see young people, the same age as my sons, dying in the street.

Canada’s approach towards refugees is kind and genuine. I was surrounded by social workers and organisations from the very start. They supported me both mentally and physically. A social worker, known as a family visitor, would come to check on us every two weeks. They were warm towards us, and they tried to reduce our pain and sense of alienation as much as possible.

I’m planning to get a diploma in journalism so that I can return to my profession.

But journalists are like fish in the sea - we are deeply connected to what’s happening in our countries and we know the geographical, social and ethnic landscapes by heart. So when we find ourselves in a foreign country, unfamiliar to us, we feel lost. I was a well-known and influential journalist in Sudan, but now I have to start from scratch.

I’m currently taking an advanced course in English called English for Academic Purposes. I’m planning to get a diploma in journalism so that I can return to my profession. I’m also training to become a childcare assistant so that I can work and support my family while finding a way to get back into journalism.

How difficult is it to practice journalism in Canada? Given your experience and your network of contacts, could you not give political analysis and cover developments in Sudan from Canada?

When I arrived in Canada, I tried working for a television channel targeting the Arab community here, but I wasn’t comfortable with their style of work because they had more editorial limitations than I was used to in Sudan! The station manager did not want to cover the Sudanese revolution, so I quit. I realised then that I needed to retrain myself to meet the professional standards of Canadian media.

I find that many journalists in the diaspora prefer working with Arab media because there are less obstacles to deal with. But I don’t want to be confined to that domain. Although I’m still focussed on Sudan’s issues, specifically those related to women and citizenship, I still want to work with the local media here. There are many hurdles to overcome, such as language and technology. But acquiring these skills is not impossible. 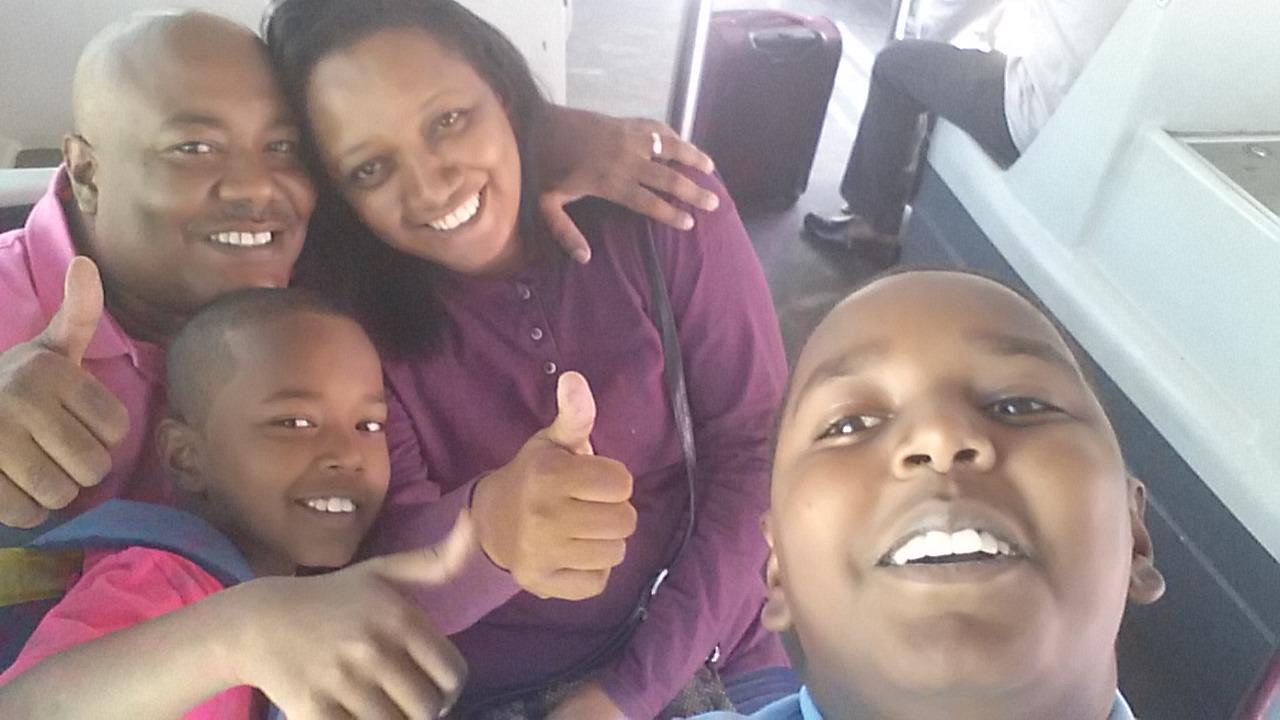 Anyone who follows your social media posts would feel as though you never left Sudan. You’re constantly commenting on political and social issues there. So how do you see the situation there now, especially following the recent coup?

Sudan is my home, and one day I wil l return and I will be part of the change.

This coup is a disappointing reaction and an unfortunate setback. The international community must pressure the army chief, Abdul Fattah al-Burhan, as well as the Sudan Rapid Support Forces and the armed militia movements for an immediate handover of power to civilians.

The chaos in Sudan brought by this alliance will not only be detrimental to Sudan, but to the whole area, region and the world. Sudan is a big country, rich in resources, and so it can easily become a hub for global terrorism, arms trade and human trafficking. That was the case during the National Salvation years when it played host to terrorists from ISIS, Boko Haram, Al-Qaeda and the Taliban. It had also become a tunnel for human and drug trafficking managed by government and security agencies.

With all that is happening, where does one find hope?

I see hope because of change that has already begun. In the past, the number of women demonstrating wouldn’t exceed four or five, and people would make fun of us and call us crazy. When I wrote about the need to abolish the Public Order Law because it restricted women's freedoms, people thought the idea was impossible. But the Public Order Law was the first law to be revoked after the revolution. What’s happening now is a result of our cumulative work over the years. As they say, the blow that cracked the stone wasn’t the only blow, it was just the last blow. There is more awareness around feminism now, especially among the younger generation of women. They are more courageous and they demand their personal freedoms without fear. There is a revolutionary tide, and we have a great chance of victory.

How has living in exile affected your children? Do you see a difference between your boys who lived their childhood in Sudan and your daughter who was born in Canada?

First and foremost, the decision to leave Sudan was for the safety of my children. They are happy in Canada. I can’t deny that I sometimes feel sad and angry because I sense that they don’t want to return to Sudan. But at the same time, I understand where they’re coming from, because they enjoy freedom and respect here. I’m not worried about my daughter here, because Sudan is not a safe country for women or children. Our society doesn’t care about children. It treats them recklessly and adults have the power to beat and hurt them under the pretext of upbringing. My daughter is fortunate to have been born in a country that puts children at the centre of its priorities.

Do you think you will return to Sudan one day?

I still consider my life in Canada as temporary. My heart and mind are still in Sudan to an extent that I had to deactivate my Facebook account at some point because I was obsessively following the news there. Sudan is my home, and one day I will return and I will be part of the change.