In December 2016, Iraqi journalist Afrah al-Qaisi was kidnapped in front of her two sons by gunmen who stormed her home in Baghdad. She knew this was only a matter of time, as she had received threats previously over her articles criticising the influence of armed militias in Iraq. She was released after widespread social and international pressure, but she realised that remaining in the country was no longer an option. While she received a lot of support, many also accused her of stirring up sectarian strife, and threats to harm her continued.

She currently resides in France with her two sons.

Tell us first about your decision to leave Iraq.

My brother said, if you're not afraid for your own life, we are.  It’s best if you leave.

After my release in 2017, I received great support from government figures, fellow journalists and international organisations for escaping a seemingly inevitable death.

I was warned by colleagues, however, that I had become a target for a possible assassination. I was put under a lot of pressure from my family, especially because I returned to writing about the influence and violations of armed militias. I felt that I had become a burden to my family, as they were also being threatened because of me. I recall my older brother telling me: "If you're not afraid for your own life, we are. It’s best if you leave." At the same time, my ex-husband, who was living in Finland, threatened to take the children away from me for putting their lives in danger by not leaving Iraq.

I was also contacted several times by those who kidnapped me, informing me that I was being watched. All these things together pushed me to leave Iraq two months after being released.

When I left Iraq, I thought it would be a temporary trip and that I would return once things calmed down. I obtained a visa from the French embassy and arrived in France in the summer of 2017 with my two sons, Youssef (16) and Younis (13). I then applied for political asylum.

What was your experience of seeking asylum in France?

Reality hit me as soon as I arrived in France. I had no place to live with my children, and I was alone in a country whose language and lifestyle were completely foreign to me.

My relatives in the Netherlands convinced me to move there so they could help me. I arrived in Holland, applied for political asylum, and lived in a refugee camp with my children. Two months later, my application was rejected due to the Dublin agreement that states that I must apply for asylum in the country that granted me a visa, i.e. France. So, we returned to France, and I applied for asylum in the southwestern city of Bordeaux. It was the beginning of autumn 2017, and the temperatures were starting to drop. I clearly remember us not having the right clothes on for that season. No one helped us with housing. I was told that this was an issue I had to deal with on my own.

It was a cruel and humiliating experience. Over the course of two years, my children and I had to move six times to five different cities.

I vividly remember contacting The Marie Colvin Journalists’ Network (MCJN), which had followed my kidnapping case from the start and supported me. The Network then provided financial support that helped me rent a hotel room for three weeks. During that time, I secured accommodation in a refugee camp in Agen, near Bordeaux, with the help of organisations that aid refugees in France.

I managed to enrol my children in a school, but they felt lonely without any friends. We were alone with no help or support in this remote city. My ex-husband began harassing me with phone calls asking me to come see the boys, so I gave him our address. He then contacted the housing administration accusing me of kidnapping and running away with the children. This caused me trouble and I was placed under investigation by them. He then came to our city and began chasing me and the boys. He would go to their school and start harassing them. On one occasion, he tried to break into my room, but I managed to escape through the window. I was terrified and sought help from management. We then filed a report to the police. Nothing succeeded in preventing him from harassing us, so a decision was made to relocate us to another city for our own safety.

We moved to a remote town, and it was during this time that I received the news of my mother's passing. Everything was happening at the same time: my mother’s death came while I was away from my country. My children were without a school, and my ex-husband was stalking me. I was on the verge of a breakdown.

It was a cruel and humiliating experience. Over the course of two years, my children and I had to move six times to five different cities. 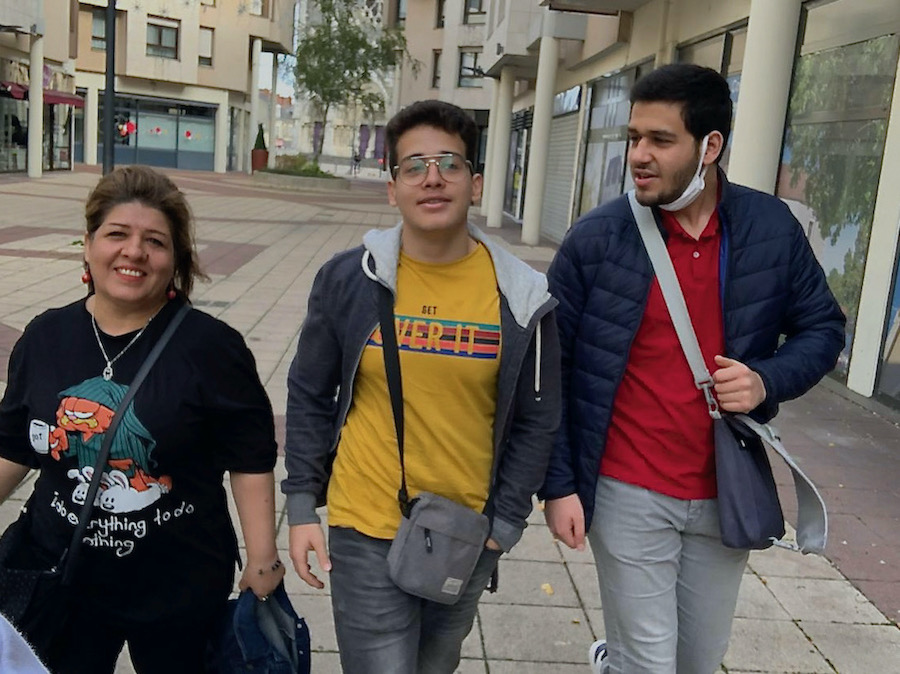 How did all of this affect your children?

My main concern was that my children would not  be affected by this crisis. I wanted them to complete their education and integrate into society, but this harsh experience was bound to affect them. I managed to enrol them in school when we were at Bagnols-sur-Cèze. But they were suffering from psychological distress from not knowing the language and feeling isolated without friends. I asked for help from some Iraqi friends in France, but no one came to visit because we lived far away.

I would go out searching for Iraqi shops to buy Iraqi or Arab food so that my kids would feel more at home. I even contacted families and asked them to visit us and connect with my children. My youngest son suffered quite a bit and was refusing to go to school. We didn’t receive any particular interest or help from the French residents, as if we only needed food and sleep to live. They did not offer us any information or advice regarding social or athletic programmes for my children.

I can now say that the suffering is over, and our lives are somewhat stable.

Did things change after you obtained residency?

I had mixed feelings when we got the residency. There was a sense of reassurance and stability on one hand, and anxiety on the other. I immediately asked to be transferred to a big city with a large Iraqi community as well as good schools. So, yet again, we were transferred to Châteauroux, south of Paris. In September 2018, we finally moved to our new home where we still live.

My children went back to school and began learning the language and integrating more.  Their mental health also improved a lot. As for me, I was occupied for nearly a year and a half with daily appointments regarding bureaucratic matters.

I can now say that the suffering is over, and our lives are somewhat stable. My children are fluent in French and are doing well in school. My eldest son gets the highest grades and will enrol at university next year. My younger son is also excelling and has a good social life with friends.

I am very proud of them. The three of us became friends. We supported each other and came out of this ordeal well and strong. Now they are urging me to return to journalism.

So, what about your journalism? Do you think you will return to it soon?

It hasn’t been easy for me here. I used to be a well-known journalist in Iraq, but I lost all of my professional acclaim here and I had to start from scratch. Throughout these past years, I tried not to be disconnected from journalism and writing or following up on Iraq's affairs. I got engaged in solidarity campaigns with Iraqis during the latest popular revolution and published several articles for various sites. I worked for a short period with AlJazeera.net, but they laid off several employees and I was among them.

I have recently devoted all my time to studying French so I can improve my chances of getting a job, as well as strengthening my communication with people. I am currently searching for work, not necessarily in the field of journalism, but something that suits my capabilities. I need to increase our income and provide a decent life for myself and my children because the financial aid we get from the state isn’t sufficient. My primary goal, however, remains for me to return to journalism.

"The thought of returning to Iraq never left my mind, but friends say the time is not right yet.

I have several goals planned for the next stage: to allocate time every day to develop my journalistic skills, especially in digital and multimedia journalism; to continue writing and supporting causes and issues related to my home country; and to resume working on my first book on freedoms in Iraq.

Has being away made it easier for you to write about Iraq?

On the one hand, I compensate for not being back home by constantly having conversations with friends and journalists over there. I try to follow and read everything I can. On the other hand, I feel safe here. That helps me cover a lot of stories that I wouldn't normally have been able to cover if I were still living there.

I still receive a lot of stories, documents and information from Iraqi men and women telling me about their suffering. I try and help them from behind the scenes by supporting them through my own personal network and passing information along to my colleagues. It is important that I return to journalism as soon as possible, so that I can write about all these stories and maintain my network and reputation as a serious journalist. I also think there are many stories in France that are worth writing about, such as immigration and displacement issues. 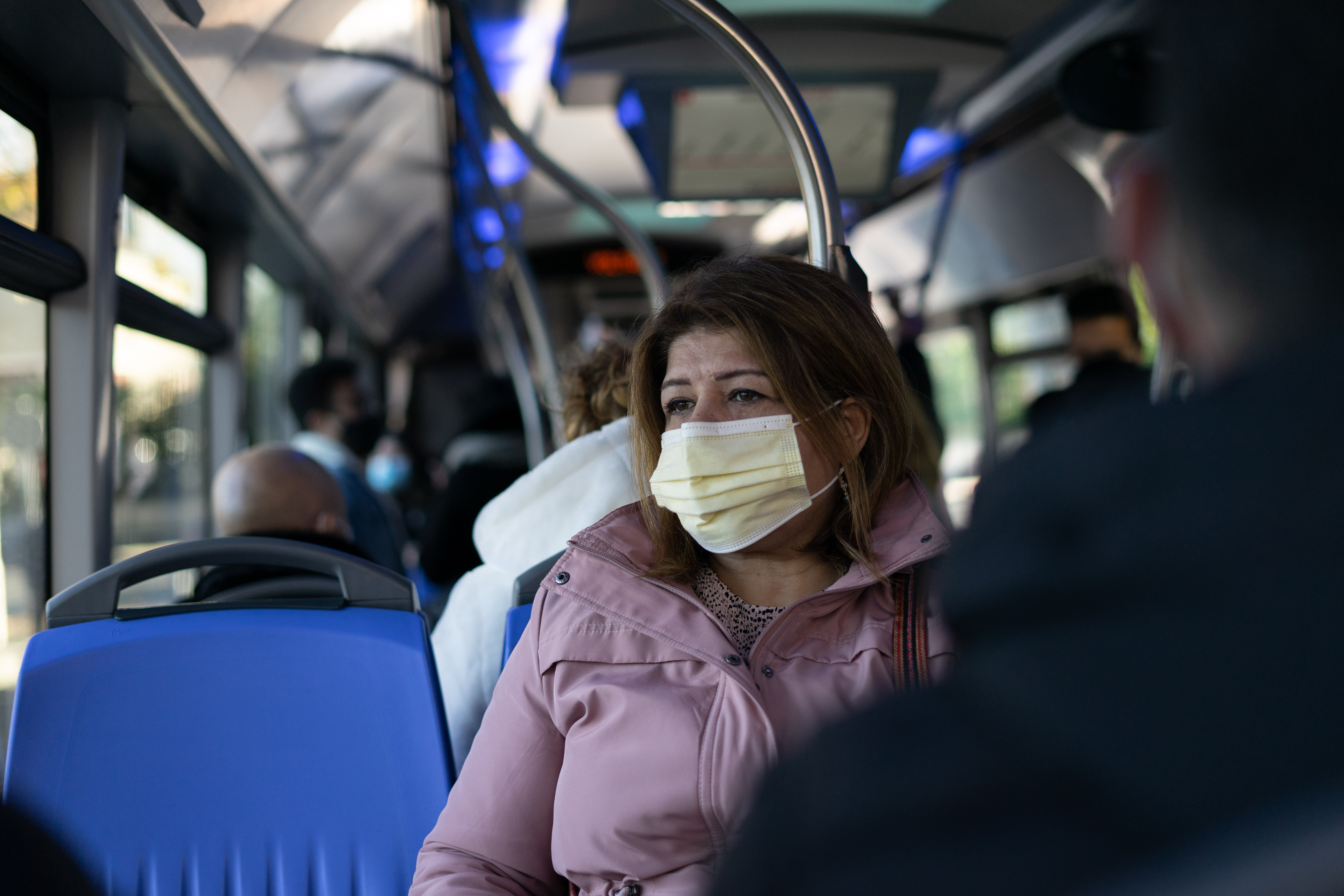 What’s your assessment on the current situation in Iraq, and do you ever think of returning?

The thought of returning to Iraq never left my mind, but friends say the time is not right yet. Many of my colleagues tell me that the wide support I received when I got kidnapped would not happen again. Since my kidnapping, many more journalists and activists have been abducted for criticising the militias, and the level of solidarity has reduced  to an extent that news of any kidnapping would go unnoticed by the public and media. It has become normalised. The security apparatuses are silent and do not interfere. Some colleagues who were  kidnapped two years ago are still missing. We launched solidarity and support campaigns, but they weren’t enough to bring about change.

Currently, it’s a defenceless people versus dominant illegal armed gangs, who point their weapons not only at the people but also at state institutions. That is why I do not regret leaving. At least from here, I can highlight and write about the issue of kidnapping journalists.

What do you think of the support given to you by The Marie Colvin Journalists’ Network?

I joined the Network a year prior to my kidnapping. After my release, I found that I had received a lot of support from the Network while I was kidnapped. Their support and care towards me did not stop at that. When I left Iraq, MCJN  was the first to support me in several ways: it aided me financially as well as psychologically and connected me with other organisations that also supported me. I am still in contact with some of these organisations. I also find the continuous electronic communication with members, regarding job opportunities, funding and training to be useful and important. It makes me feel that I am part of a community rather than on my own.