The series took 11 months to complete, during which she had to wade through a maze of secrecy, Covid-restrictions, and a tragedy back home in Lebanon that set her back, then propelled her to move forward again with the story.

“Money makes the world go round” is a well-known saying. In Iraq, however, it is “dirty money”. Even after more than a year living in Baghdad, I still got surprised by how much of public life in the war-weary country relied on the circulation of illicit funds – and how formalised this corruption had become.

The path from this lockdown-inspired idea to a published story took 11 months – a much longer and more complicated process than I could have imagined.

A small bribe of $30 would get you a doctor’s appointment; a $20,000 payment to the right political operative could buy you a job in a government office; but a minister’s sign-off on a major infrastructure project could cost upwards of $750,000. Colleagues, friends and even government officials spoke candidly about how corruption permeated every aspect of life in Iraq – health, education, electricity, water, transportation, and beyond. Everyone thinks it’s a problem, but they also admit that corrupt money greases the wheels of a notoriously slow bureaucracy inherited from the Baathist regime.

By April 2020, I was halfway through my three-year assignment with AFP and roughly one month into the country’s coronavirus-induced lockdown. Restaurants were closed, we could barely meet sources in person, and the news cycle was generally slow. Getting antsy in my home-office, I decided to produce a package of stories about corruption – something that would expose how graft functioned but also show how it had a tangible impact on the lives of 40 million Iraqis.

The path from this lockdown-inspired idea to a published story took 11 months – a much longer and more complicated process than I could have imagined.

After reading dozens of reports and interviewing sources, I came up with a long list of story ideas. I wanted to do stories on corruption at hospitals, the judiciary, and the allocation of public land plots. I was emboldened by the research, confident that I would be able to find enough documented proof and personal accounts to implicate Iraqi politicians and their money-men.

I was privileged enough in Iraq to have a supportive bureau chief and deputy, who helped me narrow down my ideas and we decided to produce three stories: an investigation into the corruption in Iraq’s imports; a profile of an outspoken woman in the finance ministry who was battling attempts to embezzle funds from the state budget; and a third piece on a family who wanted to emigrate as a result of decades of accumulated corruption. 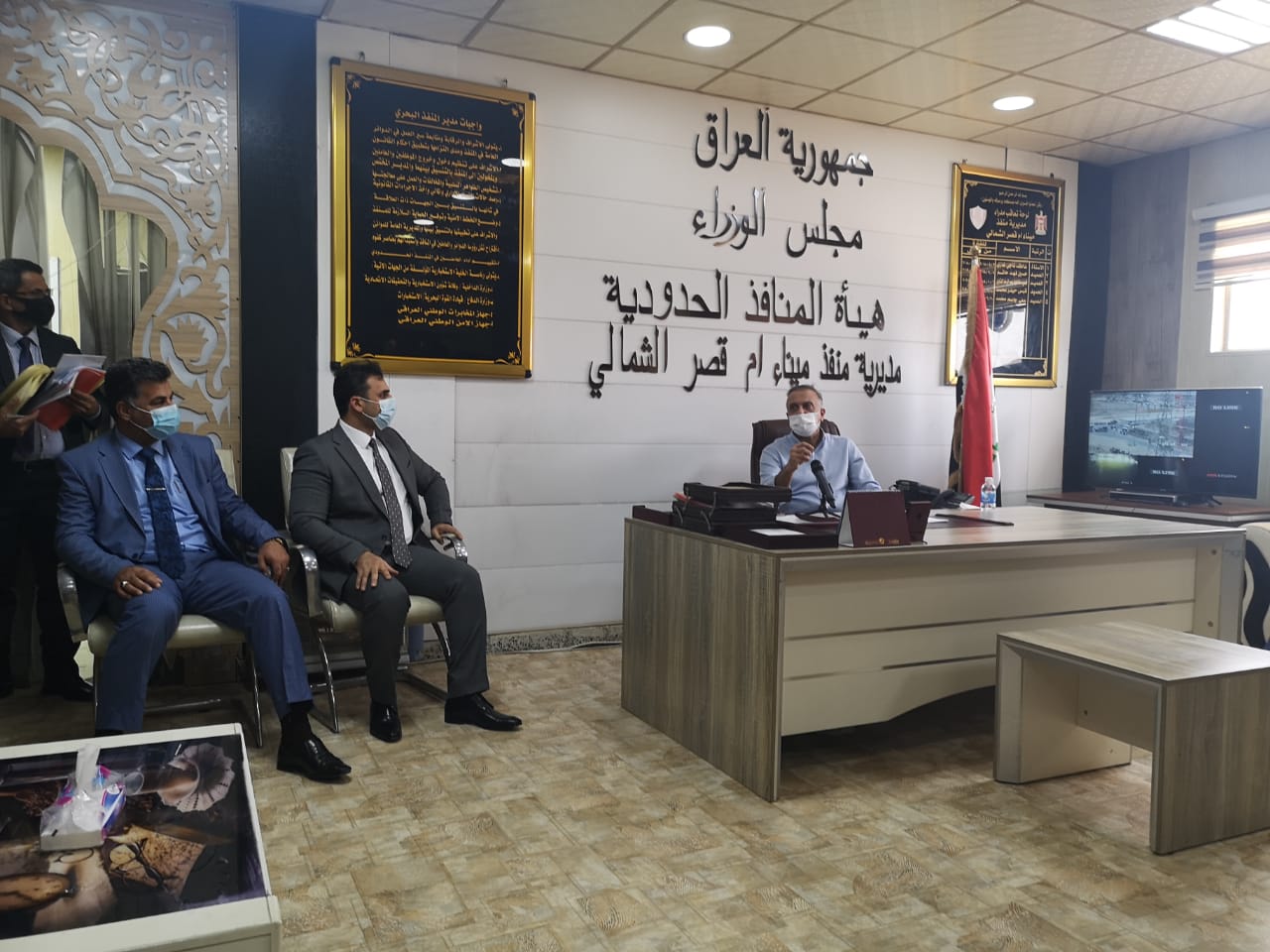 The investigation was going well so far: trusted sources put me in touch with importers, port workers and government officials, who provided powerful testimonies of the corrupt practices they had witnessed or investigated. Much of what each independently told me matched up with the other sources. By complete coincidence, Prime Minister Mustafa al-Kadhemi was preparing an anti-corruption campaign along Iraq’s borders, and the press trips were the perfect opportunity to develop sources in far-flung places like Diyala. I saved all my notes in documents with codes; I even used a different set of nicknames when saving sources’ numbers in my phone and we only spoke in person – at a two-metre distance to avoid spreading the coronavirus.

Rampant corruption, little governance or oversight, plenty of illegal materials left at the docks – it was a replica of everything I had learned so far about Iraq’s own ports.

By the end of July, Iraq’s lockdown had lifted and the airport reopened, so I took a long-awaited break to visit friends and family in Lebanon. A few days later, as I was walking to meet a friend for a drink in Beirut, one of the largest non-nuclear explosions in history ripped through a large part of my hometown. Within hours, it emerged that illicit materials that had been improperly stored at the country’s port were responsible for the blast. Rampant corruption, little governance or oversight, plenty of illegal materials left at the docks – it was a replica of everything I had learned so far about Iraq’s own ports.

In some ways, that made me even more determined to produce a powerful piece on Iraq. But the physical and emotional devastation caused by the Beirut blast also left me drained, unable to properly focus on Iraq coverage when I got back to Baghdad. There was more day-to-day news keeping me busy, and when I did find the time to conduct research for the port piece, I kept hitting dead-ends.

First, documents. My sources all had compelling accounts, but none could produce anything on paper – no hard proof of the bribes paid or the fake import licenses issued. There were too many degrees of separation between political players and their enforcers along Iraq’s entry points for me to prove a link between individuals and money transfers. I reached out to global investigative networks that had leaked suspicious bank records – including to and from Iraq – in the hopes some of the names and companies I had uncovered would be in their files. Nothing.

I was also struggling to find a family that could tell me how corruption had made them lose hope in their homeland. I did preliminary interviews with several fathers to try to find the right character for the story, but they were either too nervous to go on the record – understandably – or didn’t describe corruption as the main driver of their emigration.

Then, fear began to creep in. A good friend, Dr. Hisham al-Hashemi, was assassinated in July by unidentified men on a motorcycle and no one had been brought to account. He had been vocally criticising Iran-backed paramilitary groups and had been working on a detailed report about corruption. A month later, a young doctor and activist in Basra – which hosts the main port through which imports are brought in – was killed after speaking out about graft. 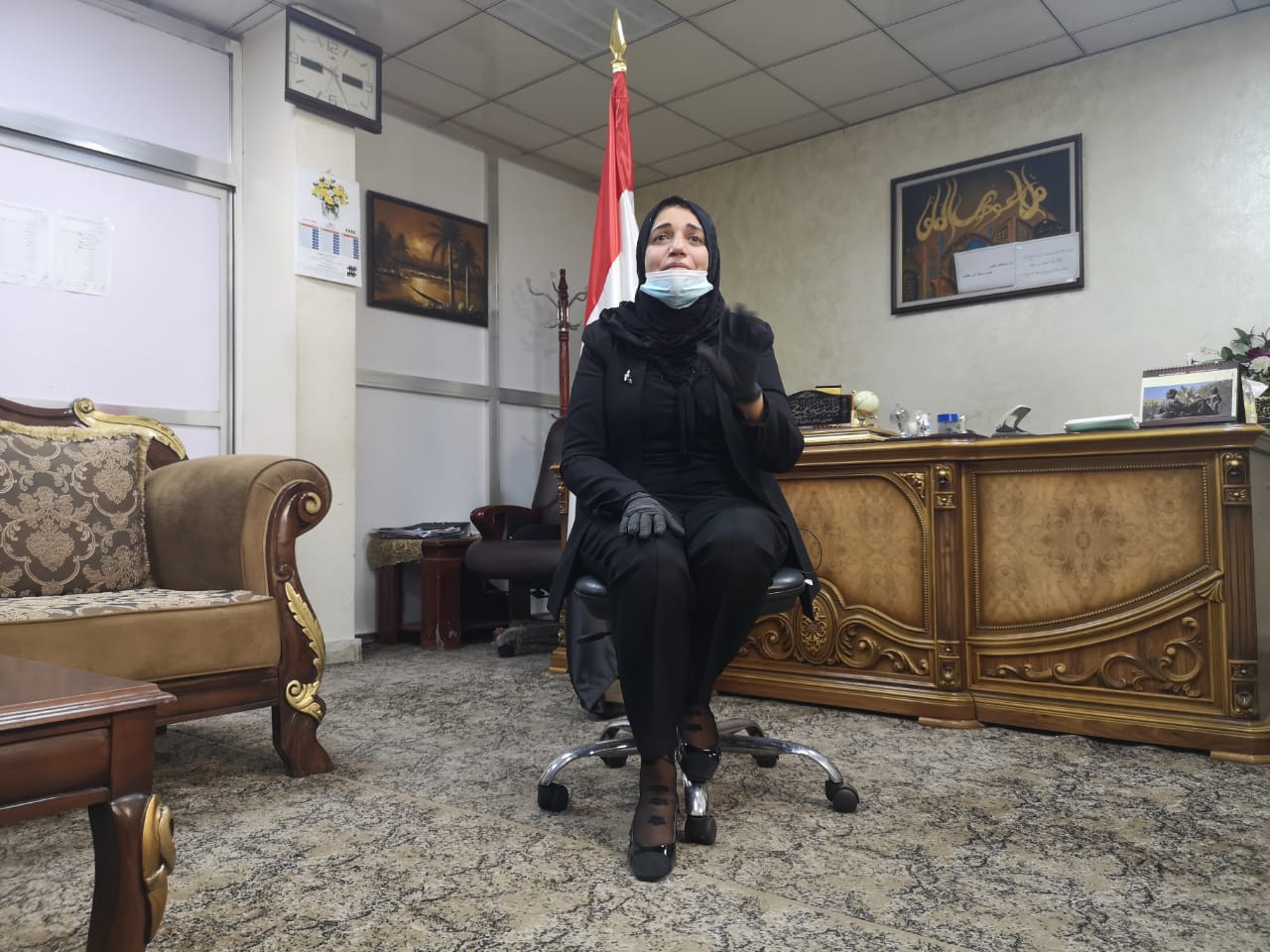 As 2020 neared an end, I became convinced the stories would never come out. Despite my detail-rich interviews, I was worried I didn’t have enough hard proof of the involvement of politicians in corruption and that my story would turn out weak. At the same time, I feared that if I did include whatever details I had, it could put me and my colleagues at risk.

The stories were published a few weeks after I left Iraq in case there was any backlash from the authorities or armed groups.

In late December, a thoughtful and well-connected colleague from Karbala called. “I found you a family,” he said, describing a father of four who had taken part in massive anti-government demonstrations in 2019 but had become so jaded by the pervasive corruption that he was desperately searching for a way to leave Iraq.

I interviewed the family in Karbala, left for a three-week New Year’s break, and returned to Iraq with a new fire. Within two weeks, I had written first drafts of all three stories and shared them with my bureau chief, nervously munching on my nails as she read through them.

“They’re too long,” she said, finally wrenching her eyes off the screen. “But it’s all there.”

The next few weeks were a whirlwind of edits, last-minute “right of reply” interviews with members of paramilitary groups and read-throughs for quality control. At the same time, I was signing a contract for a new position based in Beirut and buying my one-way ticket out of Baghdad.

The stories were my last for AFP and were published a few weeks after I left Iraq in case there was any backlash from the authorities or armed groups. It’s a tried and true practice for many reporters around the world – waiting to publish investigations or otherwise controversial pieces until they are far enough away from any possible censorship attempts, arrests or worse.

A year ago, I set out to write a collection of stories that would be honest, brave, deeply-reported and compellingly written. At first, I was keen to do all the reporting alone – to prove to myself that I not only had the right sources, but also the diligence and the courage to write these stories solo. But all throughout, I had to rely on other people: sources that trusted me enough to speak candidly and put me in touch with other contacts; colleagues who used their own networks to find me the illustrative characters I needed; researchers and experts who double-checked my work to make sure it stood up; editors who believed in the stories.

I’m both proud of having worked on the stories and humbled by the unexpectedly collaborative process. I am, most of all, indebted to the Iraqis who shared their experiences with me, and ashamed that I published their own truths after leaving the homeland that they are committed to trying to improve from the inside.

*Um Qasr is the main port in southern Iraq through which the country brings in most of its imports.

**Taif al-Sami is the outspoken head of the budget office in Iraq's finance ministry. The life-long bureaucrat is responsible for approving line item disbursements from the budget, thereby stopping any illicit or unregulated expenditures.

***Hassanein Mohsen, his wife Nour and their four children in their home in Karbala. Hassanein is desperate to leave Iraq, where he says corruption has worn down public services so much that his homeland is no longer a safe place to raise his children.