Ever since she began working in journalism in 2009, Huda Baroud has been writing about everything affecting women’s rights in the Gaza Strip. From social stigmas attached to women simply for sitting in coffee shops or smoking, to the plight of women abandoned by their husbands without a legal divorce, to victims of incestuous rape who have no legal recourse. Nothing could surprise Huda anymore when it came to violations against women – until she learned that one article in the Palestinian Penal Code was being exploited to exonerate perpetrators of violence to an extent that she had not imagined.

After some research, Huda published a special report about this in Arabic and English. This was the last report she wrote from Gaza, before leaving to Europe to start a new life with her husband and children.

I’ve been writing about violence against women for a long time, but I didn’t realise that the law was being abused to that extent

In 2020, another journalist, Rima Mahmoud, contacted Huda after receiving a grant to produce a report on violence against women to see if she would collaborate with her. “Rima wanted me to take care of the writing, while she would film the interviews and produce a video piece,” Huda said from her new home in Belgium. “In the beginning, I wasn’t too convinced. I told her so much has been said about this already, and we would have to find a new angle.”

It didn’t take a lot of research for her to discover that many women had been killed, either because of family feuds, or inheritance disputes, or other issues that had nothing to do with their social conduct. However, all of these cases were considered “moralistic”, which meant that the prosecution and the courts deemed that the killing happened because the victim had behaved inappropriately, and so the killers were either given lenient sentences or acquitted. The rulings were based on article 18 in the Palestinian Penal Code of 1936. Huda admits she was shocked by the extent to which this article was being abused by the prosecution and the courts. “This article was a major surprise to me. I’ve been writing about violence against women for a long time. In each story, I would come across this article, but I didn’t realise that it was being abused to that extent.”

Article 18 provides an excuse to the defendant, which could reduce his sentence, if he had committed the crime “in order to avert certain consequences which could not be averted otherwise”, and if said consequences would have caused great damage to his “honour, or money or the honour of other persons whose protection is his responsibility.”

Whether the problem lies in the language of the article, or its application, Huda found that the result was the same; many women had been killed because of it. For example, she found the case of a young woman who was killed by her father, with a bullet in her head, because he thought she had met with her mother, his ex-wife, whom he had banned her from seeing. The father claimed that he killed his daughter because she was not a virgin. Although a post-mortem examination proved the opposite, the court still ruled in the killer’s favour. Another man who hung his wife also claimed he was defending his honour, alleging that she was speaking with several other men. He was exonerated despite the fact that he couldn’t prove his allegations, and against evidence showing that he was abusive towards his wife. 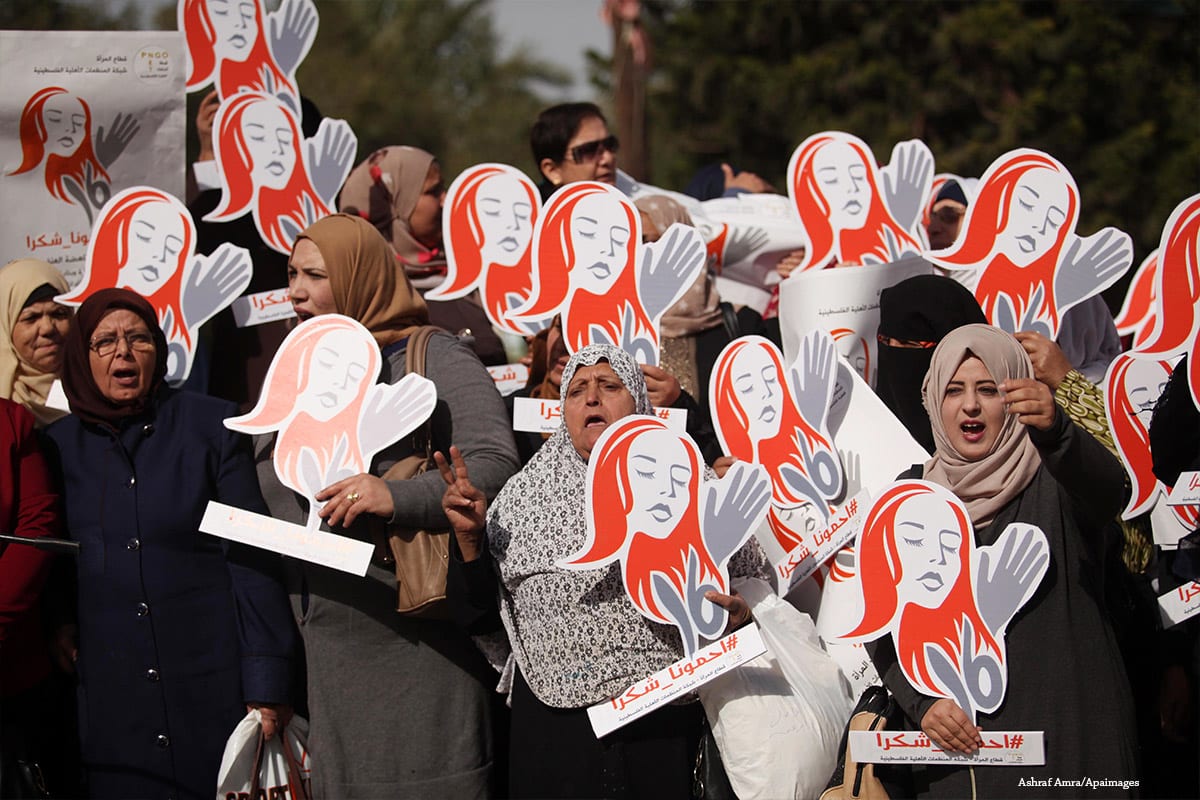 The cases in Huda’s report are all horrific, but perhaps the strangest case is that of a man who locked up his half-sister, tortured and then murdered her. In his honour defence claim, he showed a video, dating back 10 years, of his sister dancing with her husband before they were officially married. According to the article, the judge decided the video confirmed the killer’s allegations because it implied his sister was likely to have continued with such immoral actions.

I didn’t feel that the father was grieving his daughter’s death. He was more concerned about the family’s reputation because her husband (the killer) alleged that she used to bring men into the house

A culture of silence

Although murder cases should have public records, the prosecution and the courts refused to release them to Huda and Rima. “We received the information from lawyers who work for the Women Affairs Centre in Gaza. But there were other well-known cases at the time, which made it easy to find the victims’ families,” says Huda. “But although the cases were well known, the families didn’t want to be named and asked us for several guarantees before agreeing to talk to us.”

In one case, the father of a victim who was killed by her husband agreed to talk to Huda. But then her uncle intervened and stopped the interview. “We went to the father’s house twice. During the second visit, her uncle walked in and kicked us out. We realised later that he was also a high-ranking officer in the police force. The next day, the family contacted us and threatened to take us to court if we published the interview.” In the end, Huda had to write about this case using previous reports from other media.

“To be honest, I didn’t feel that the father was grieving his daughter’s death. He was more concerned about the family’s reputation because her husband (the killer) alleged that she used to bring men into the house. Social embarrassment was a far greater concern than grief for her death.”

Huda was very careful with the wording of the article, to such an extent that it may have affected its impact. “I didn’t go into the details of the crimes themselves. I only focussed on what happened afterwards. I was so careful with the wording because I didn’t want the government to retort and claim that it was offensive.” And there were good reasons for her to be that cautious. In 2017, Huda wrote an article about women who had been raped by family members and were forced to continue living with them under the same roof. The report contained some shocking details, including the fact that in some cases the women were forced to kill themselves to avoid creating a scandal for the families. Although Huda was very accurate in her wording, the topic itself propelled the prosecution to call her in for questioning. It was only after some political factions intervened that the prosecution rescinded their order.

This report was published at a time when political disputes were rife in Gaza, so people didn’t pay much attention to it. I was really frustrated by this

Although her last report was one of the most important she had ever written, it didn’t create a public reaction in the way she had hoped it would. “My previous reports have all created debates on social media. But this report was published at a time when political disputes were rife in Gaza, so people didn’t pay much attention to it. I was really frustrated by this.”

Towards the end of 2020, Huda left the Gaza Strip with her children and was reunited with her husband, Muhammed Othman, also a reporter, after more than four years apart. Muhammed had been  forced to leave Gaza because of enormous pressures from the Hamas government due to his work. He shuttled from Egypt to Ecuador, and finally settled in Belgium.

Huda is still working as an editor for A Ghaidaa, an online Arabic-language magazine covering women’s issues. But she’s waiting to get properly settled in Belgium so she can think of ways to resume the profession she truly loves. When asked if she misses Gaza, she went quiet for a while.

“I miss my mother and sister. I have decided that any place on Earth where I find my dignity will be the place where I choose to live. Gaza is not that place.”