As the curtain goes down on 2020, two members of The Marie Colvin Journalists’ Network share their reflections on a year that has affected them profoundly.

Hafsa is a Yemeni freelance journalist. She is currently based in Cairo and writes features on the impact of war and the Covid-19 pandemic on the everyday life in Yemen.

In the beginning of 2020, when I left Yemen and my family and friends behind, I did not imagine that I would become stranded because of a pandemic.

After several failed attempts, I realised that I had two options: to either stay in Cairo without work, or return to Yemen knowing that I might be unable to get any work

On January 27th, I arrived at Aden airport, after a 15-hour road trip, to catch a flight to Cairo. When I went to the passport counter to get an exit stamp, an officer told me to follow him to an office for questioning. He wanted to know why I was travelling, and then he started accusing me of either working with the Houthis, or their opponents, The Yemeni Congregation for Reform. He told me to open up my WhatsApp so he could read my messages. When he saw the name of a well-known journalist on my contact list, he sent that journalist a voice message through my phone to make sure the name was real. When that journalist replied to his message, he decided to allow me to leave the country.

When I arrived in Cairo, I was planning to travel to a third country to start a job with a private Yemeni news network. But I was unable to get a visa and that network couldn’t help me. After several failed attempts, I realised that I had two options: to either stay in Cairo without work, or return to Yemen knowing that I might be unable to get any work.

I didn’t choose to stay in Cairo, but it was rather decided for me by the pandemic. In the middle of March, all the airports shut down, and my money started to run out. 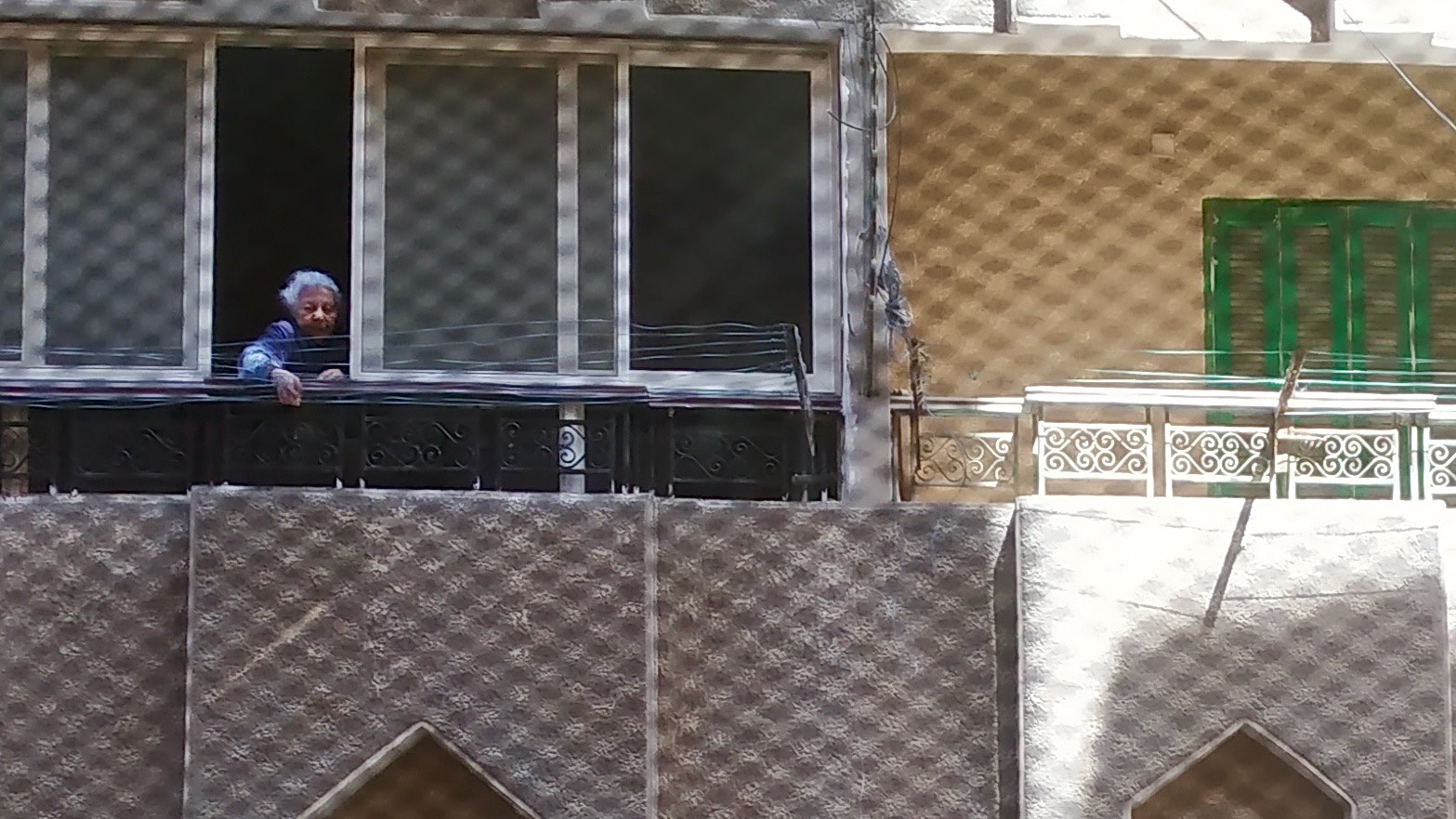 As the lockdown continued, I wasn’t able to pay my rent anymore, so I applied for an emergency grant from an NGO that supports journalists, and they approved my request, which was a huge relief for me. But I went through bouts of boredom and anxiety. As the lockdown continued, I was worried that I wouldn’t be able to find work or travel. I had to minimise my use of the internet to a great extent because it was expensive for me, and this affected my ability to attend courses or speak with my family and friends. I would only go out for one hour every five days. It wasn’t enough, but it was necessary to stop me from thinking.

There is a proverb that says: “Have patience when you have no other choice”. I remember it every day

During that period, The Marie Colvin Journalists’ Network introduced me to one of its mentors, Rana Sabbagh, as part of their Mentorship Programme, which aims to connect young journalists with experienced mentors to help them network and improve their skills. Thanks to Rana Sabbagh, I was able to get a job with Almushahid, an independent Yemeni platform that was launched in 2016. I wrote several stories about Yemeni female journalists who refuse to abandon the profession despite the risks, and the plight of Yemen’s health infrastructure, which became even more strained because of the pandemic, and a Yemeni artist who converts images of destruction into illustrations for hope. Working during lockdown is not easy at all, which is why I’m so proud of all these features.

My situation in Cairo is still unstable. I need additional sources of income to help my family in Yemen pay their rent. But when I look back at everything I’ve been through in 2020, I cannot say it was the worst year for me. I’ve been through much worse when I was in Yemen.

There is a proverb that says: “Have patience when you have no other choice”. I remember it every day.

Hwaida is a reporter for the New York Times in Beirut. She is also one of 19 Arab women journalists who contributed essays to “Our Women On The Ground”, describing their experiences in covering conflict in their countries.

The images are all the same for my mother, except for one difference; the sound of bombings has disappeared, and we no longer run down to the shelters

From my balcony overlooking the Port of Beirut in the east of the city, the sea is blue and calm. It’s as if the “nuclear” storm that hit us on August 4th was nothing more than a fleeting event.

Every morning, my mother sits on the balcony with her morning coffee. She looks out to the sea, remembers that ill-fated day, and then casts its memory away by looking into her cup -  perhaps she could read something about the future of this country, which is turning bleaker every day.

My mother lived through the Lebanese Civil War from when it broke out in 1975, and remembers its painful details every now and then. That war lasted nearly 20 years and ended, theoretically, in 1990. It was followed by years of “fake peace”, and the Lebanese thought they were finally enjoying some economic prosperity. But today they live in a state of financial and moral bankruptcy.

My mother’s cup doesn’t reveal much, and can’t answer her questions: why did all of this happen on August 4th? How she wishes that her cup had warned her of the plumes of smoke that nearly destroyed everything, including her kitchen. She cried a lot when she saw almost everything completely devastated that day. 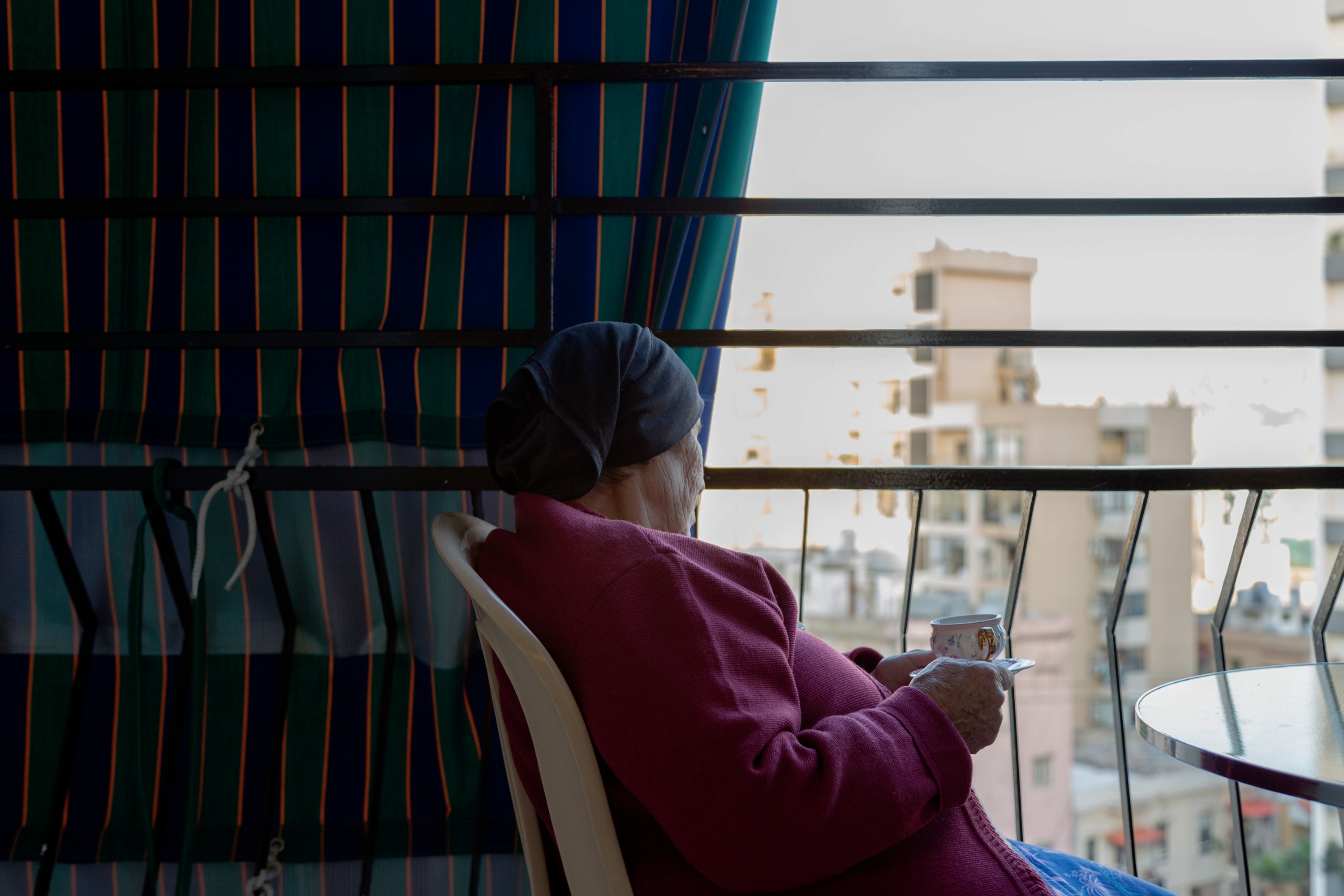 Since that day, mornings in Beirut have changed. The streets, which have been quiet since the spread of the coronavirus in March, became more tense after the explosion. With the worsening of the economic crisis, people started to queue up at banks because they were unable to access their savings. The exchange rate of the US dollar to the Lebanese lira keeps changing. People would suddenly take to the streets, then they would go home and wait for change.

When my mother goes back to reading her cup, she’s interrupted by a jubilant cry from her neighbour, who has finally received a box of supplies after hours of waiting

My mother’s neighbourhood has also been quiet. From her balcony, she looks out as if she’s watching a reel of her own life; Lebanon in its heyday before 1975, then the Civil War, and finally August 4th, 2020.

The images are all the same for her, except for one difference; the sound of bombings has disappeared, and we no longer run down to the shelters.

The one scene she remembers from the war so well is the sight of people queuing up, waiting for emergency supplies. She thought this would never happen again, but it did. Everyone is asking when the NGOs and the army are going to send in trucks loaded with food and emergency supplies.

My mother is 75 years old but her memory is strong. Whenever she remembers Black Saturday (December 6th, 1975) when hundreds of Lebanese and Palestinians were killed because of their sectarian denominations (as per their IDs), she would say: “Dear God! We had a Black Saturday, and now we have black Tuesdays, Wednesdays and Thursdays.”

When she goes back to reading her cup, she’s interrupted by a jubilant cry from her neighbour, who has finally received a box of supplies after hours of waiting, containing a bottle of original “Dettol”. My mother looks on, as her neighbour skips down the road as if she’s won the lottery.

2. A Cairo balcony view during lockdown, by Hafsa Awbal