On Monday 22 March 2021, The Circle and The Marie Colvin Journalists’ Network (MCJN) will host a special online event focused on Libya, activism and filmmaking through the female gaze. All funds raised through this event will go towards MCJN’s work supporting local female journalists across the Middle East and North Africa.

Following an exclusive private screening of “Freedom Fields”, an inspiring and award-winning documentary by Libyan-British filmmaker and MCJN mentor, Naziha Arebi, there will be a live Q&A with the director alongside one of the film’s executive producers, Huda Abuzeid, and Libyan footballer-turned-filmmaker, Asia Al-Hamady. The discussion will be moderated by Channel 4 News’ International Editor and MCJN co-founder, Lindsey Hilsum.

Filmed over five years, “Freedom Fields” follows three women and their football team in post-revolution Libya, as the country descends into civil war and the utopian hopes of the Arab Spring begin to fade. Through the eyes of these accidental activists, we see the reality of a country in transition, where the personal stories of love and aspirations collide with history. In the words of the director, this stirring film is a “love letter to Libya, resilience, sisterhood and the power of team”.

For more information and to purchase tickets, please click here. 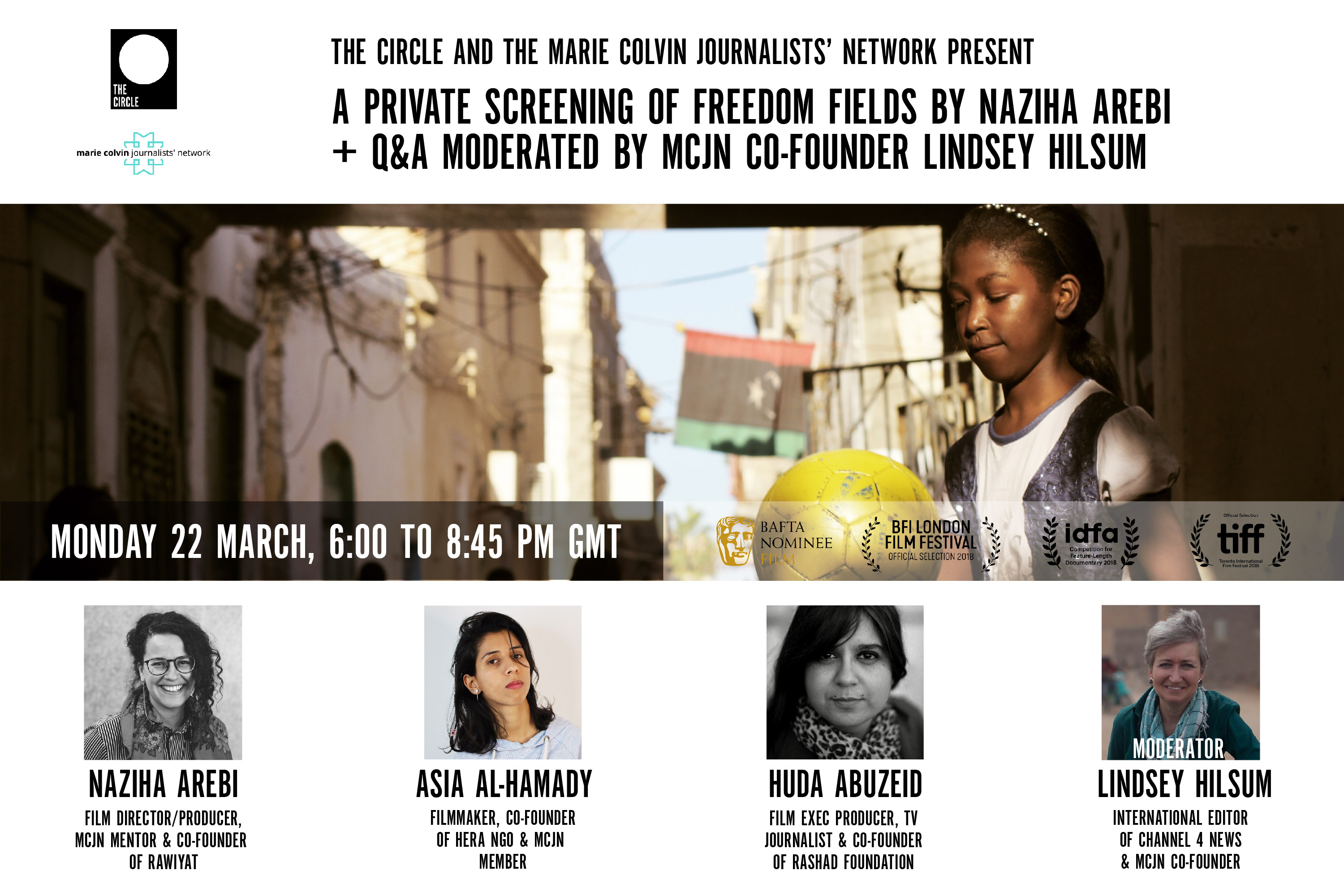